Have you ever wondered what it's really like inside the life of a pro bodybuilder? Say, for instance, Lee Priest?

Sometimes it's a lot like a pumped up version of "America's Funniest Home Videos"! Sure, you've seen the overpriced workout videos, the boring magazine articles telling us what the pros eat, blah, blah, blah.

What is the life of a pro bodybuilder REALLY LIKE? Up until now, we've had to depend on magazines and message boards for the scoop. Well here's a fresh perspective and a different angle with regard to the world of pro bodybuilding.

Here's your chance to take a look at the inside life of a pro caught on camera and put on DVD - not just once but every month all year long! This is video shot by bodybuilders for bodybuilders!

Nothing will stop me from purchasing the most brilliant dvd series…:) They are so enjoyable, funny and heartwarming… Seeing Lee with his daughter and family in the 4th episode, took the series to another level…You guys should be on tv:) The happy customer from Norway “
- Jan Tore Johannessen, Norway

In 2oo6, I grabbed my video camera and took on the entertaining challenge of following the world’s most popular pro bodybuilder, Lee Priest.

Our journey started in Texas and took us to such exotic places like Brazil, Alaska, Australia, and Europe where Lee was treated like a rock star while competing in pro bodybuilding shows, putting on posing exhibitions, seminars and guest appearances.

Nothing like this had ever been done before!  A reality-style DVD of the month in which we captured what turned out to be a very pivotal time in Lee’s career.

During the 2 years of filming, here is a shortlist of what occurred:

“Hey, Scott, I bought the "Best Of" Lee priest DVD and it is fantastic, Great thing is that I come from the central coast of N.S.W also. It is so awesome to see an Aussie kicking ass over in the states. Once again love the DVD, Lee is great, waiting for the next one to come out. Cheers mate”
- Luke, Australia

Answer – A few highlight videos are available on YouTube at https://youtube.com/user/toolband123 I uploaded several episodes a few years ago but had issues with YouTube regarding the gym music or background music in the videos so I took them off of YouTube.

3) Who all appears in these BodyBuildersReality videos?

4) How much is shipping?

Answer – When you enter your shipping address on the order page, you’ll see how much your order will cost to ship.

Answer – These DVD's have not been made available since 2017.  Currently, these videos are available only as digital downloads.  Please visit the "shop" page.

6)  Can I download the videos instead of watching them on DVD?   Answer:  Yes, please visit the "shop" page.  I would advise AGAINST downloading the videos to your smartphone as this has proven to be problematic with past orders.  Download your video(s) to your computer and then transfer to your phone.

7)  Can I buy these digital downloads anywhere else?

Answer:  Yes, you can buy any of the digital downloads that you want.

10) I don’t have a PayPal account – how do I purchase the digital downloads?   Answer:  You don’t need a PayPal account.  Please see this link:  https://www.paypal.com/webapps/mpp/account-optional

We also use Stripe as a payment processor if you do not want to use PayPal.

“Tell Lee he is awesome and good luck with all future wins. Thank you, Scott, for filming such a wonderful film. Best of luck my good friends!”
- Kurt G., California
“I REALLY LOVE THE DVD!! The concept is AWESOME!!! I love the idea of seeing a pro like Lee interacting in everyday life!! The training footage was great, nice to see Lee having a good time…….”
- Mike L, Canada

Please do not download your purchase to your phone.  Download your video(s) to your computer first and then transfer to your phone if you'd like.  We've had problems with downloads to phones timing out and not completing.  Thanks! - Scott/BodyBuilders Reality

BBR 5 - Australian Grand Prix, Lee in the pump up room, competing on stage,  Adela Garcia guest pose routine, out to eat with family and friends, Lee’s house in Australia, touring a local gym in Australia, a seminar appearance with Lee, desert with Lee, breakfast with Lee, Lee gets a massage, sightseeing, the zoo, hotel room.  Australia (approximately 75 minutes).

BBR 6 - Lee eating at IHOP (International House Of Pancakes), Superfan, Frank Sanders from New York, spends time with Lee.  Lee puts Frank through a leg workout, Lee changes his hair color, Ronnie Coleman Classic, What’s in Lee’s pantry?  Austin, Dallas/Ft. Worth(approximately 75 minutes).  DVD 6 was the first episode that I (Scott) edited.  There are some technical issues but not too bad.

BBR 8 - (double DVD) Lee trains chest with a teenager.  Lee trains biceps and triceps at Gold’s Gym.  Lots of training, laughs and insights into the world of bodybuilding according to Lee.  Austin (approximately 120 minutes).

BBR 14 - Lee gets a tattoo at Atomic Tattoo in Austin, Lee and Bruce train chest at Gym One, Lee walks around his apartment building during an ice storm. Austin (approximately 90 minutes).

BBR 19 - Lee watches and tells us about photo shoots that he did when he was in his 20’s. Lots of never before seen classic video of Lee.  Austin. (approximately 75 minutes). 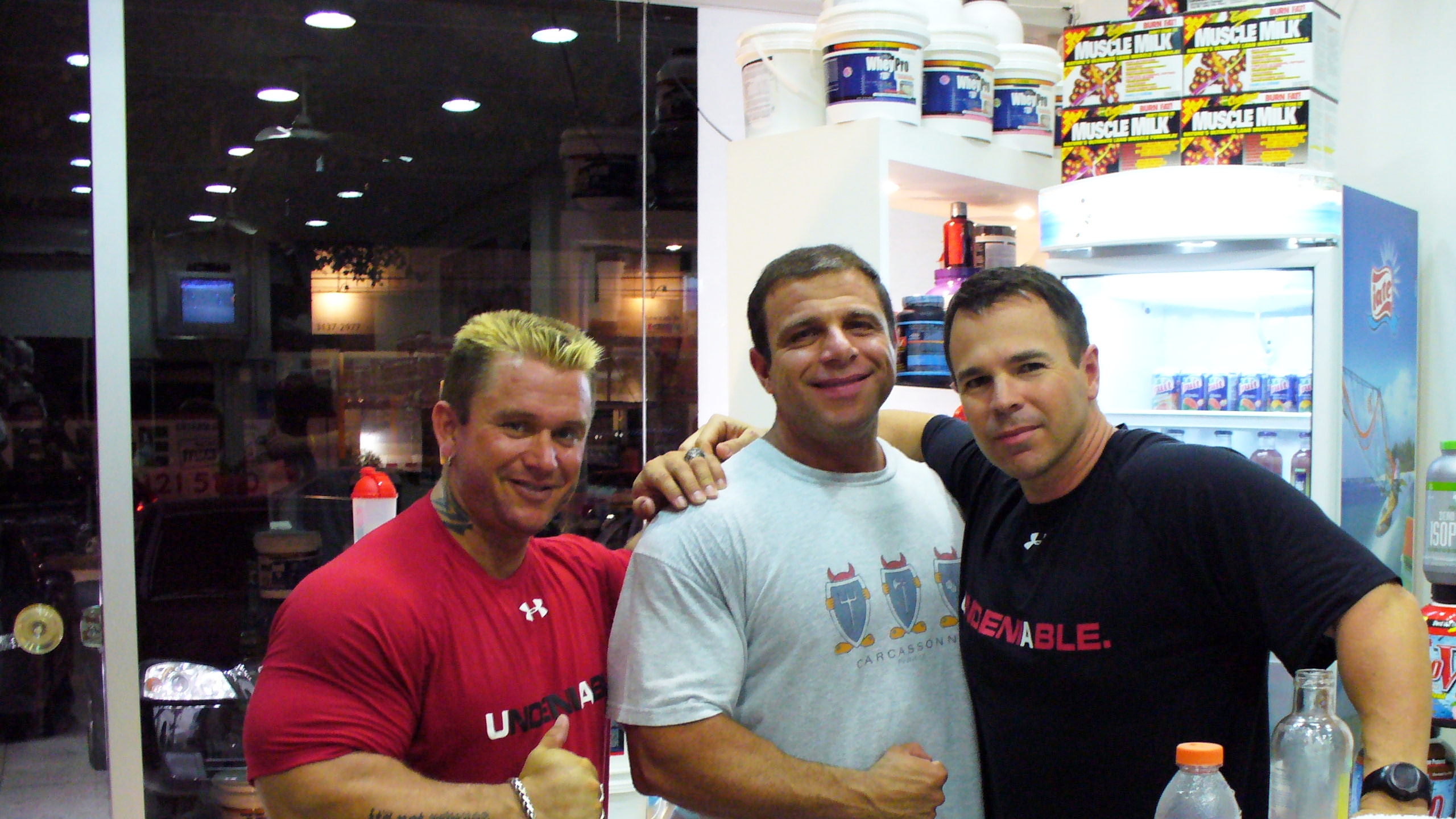 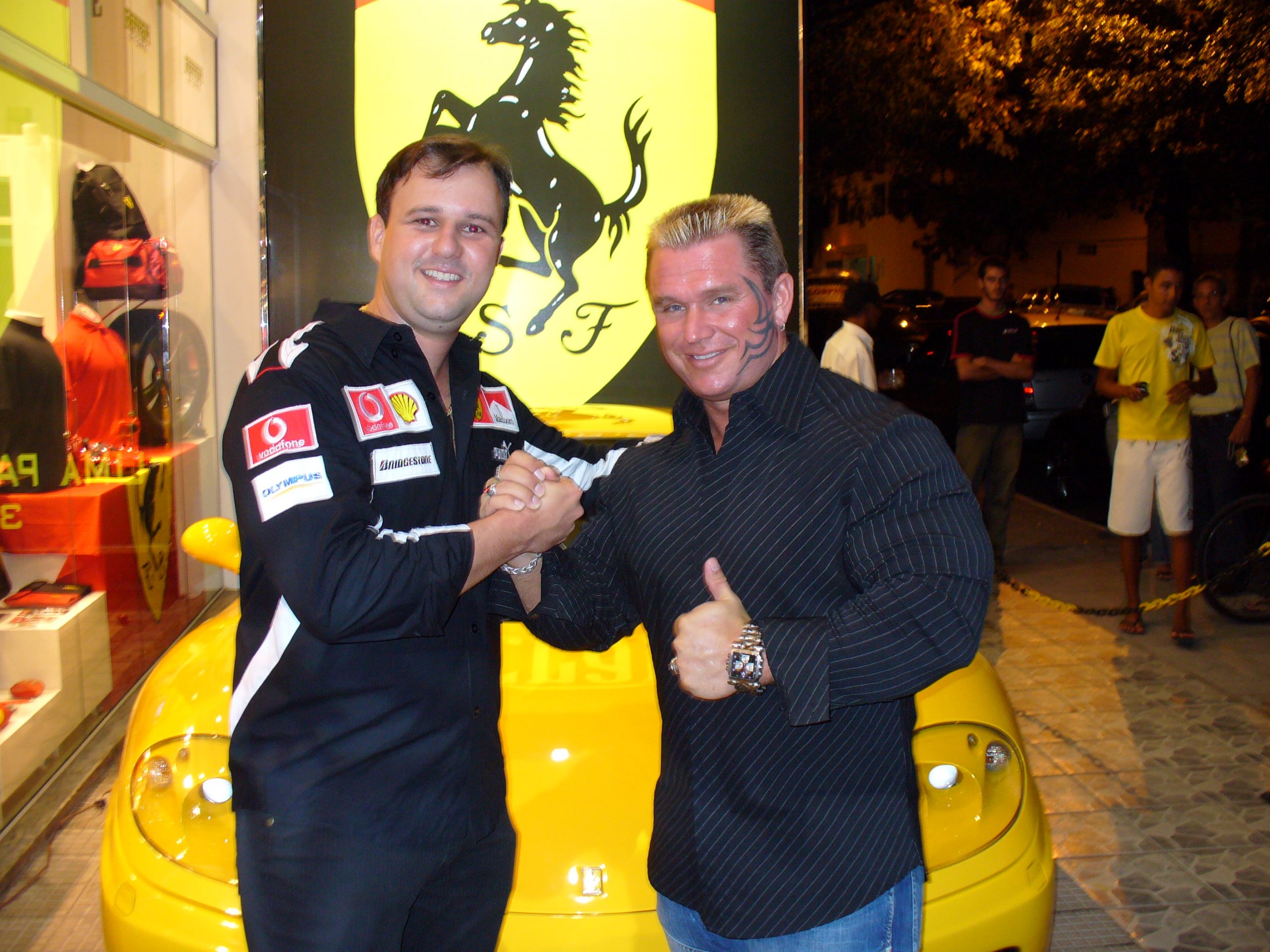 BodyBuilders Reality was born in late 2005 as a DVD of the month highlighting the most popular pro bodybuilder in the world, Lee Priest.  I created 24 monthly DVDs over a 2 year period 2006-2007 and a “Best Of” BodyBuilders Reality DVD.  After we ended the series in 2007, Lee and I felt like we had covered an enormous amount of material and moved on to other projects.  I continue to get emails about Lee and BodyBuildersReality.com

More
I grew up in Austin, Texas am married and have 4 kids. After playing high school football, I needed a physical outlet and discovered bodybuilding. I walked into a Gold’s Gym in Waco while attending Baylor University and have been lifting weights ever since. Bodybuilding taught me about the value of hard work, discipline, and sacrifice. I enjoy writing and have written 6 books so far on health and fitness, bodybuilding and a children’s book with my kids, I have been a contributing writer for numerous health and fitness websites and magazines. I was a member of the Austin’s Mayor Fitness Council in 2007 and worked on the advisory board for “America’s Fittest City” campaign with other leaders in the community. I still compete regularly in events such as Austin’s Fittest (2015 winner over age 50). 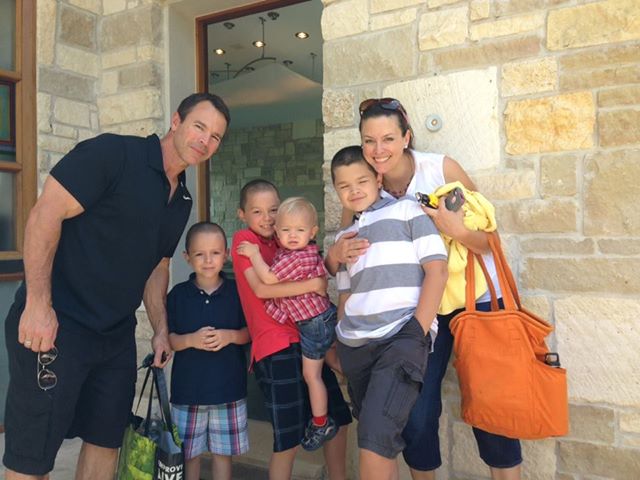 BodybuildersReality #4 With Lee Priest The 2006

Lee Priest Message Board (Inactive But Some Good Reading)

“The DVDs are great and keep getting better each month! Tell Lee and everyone else involved to keep up the good work. It gives me something new to look forward to each month and is an inspiration to my training. ”
Ben Buie
Lakelands, FL.

“You and your crew produce funny, entertaining and inspiring mini-docs like this (DVD of the) MONTH! Don’t know how you do it! ”
Mike Pulcinella, “Raising The Bar”
Mike Pulcinella Video Productions

Believe In Yourself: The Lee Priest Story